What Is A Conservative Committeeman?

I BELIEVE God gives us the rights of Life Liberty, and the Pursuit of happiness. The strength of our nation lies with the individual, and that each person’s dignity, freedom, ability must be honored.

I BELIEVE in Capitalism. Free enterprise and encouraging individual initiative have made this nation the most successful nation on Earth. The Constitution as it was written is the Rule of Law, and the 10th amendment protecting States Rights must be adhered to.

I BELIEVE government must practice fiscal responsibility and allow individuals to keep more of the money they earn.

I BELIEVE the proper role of government is to provide only critical functions that cannot be performed by individuals or private organizations, and that the best government is that which governs least.

I BELIEVE Americans must retain the principles that have made us strong while developing new and innovative ideas to meet the challenges of changing times.

I BELIEVE in peace through strength. We need to secure our borders and not give benefits and rights to anyone except citizens of the U.S. Terrorism is a war with groups aligned with certain countries, and enacted by un-uniformed soldiers. Terrorists need to be treated as enemy combatants not U.S. citizens. Politicians need to leave winning the war to the Generals, and return to the Rules of Engagement used in World War 2.

The Conservative Committeeman Project is one of numerous ways to elect conservative candidates to positions in government. Since, Village or City, Township, County, State, and local Boards like School and Library impact our way of life, we need to not only help conservative candidates, but consider becoming a candidate especially in races where there is no candidate.

Time To Take Our Country Back! 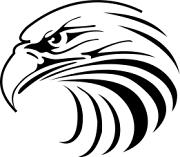 Click icon to help conservatives run for office in Illinois